A self owned terminal and solar centre in eastern Switzerland.

The capillary distribution for eastern Switzerland is organized in Staad. A long-lasting collaboration as well as a good link to the local economy make our branch on lake Constance an important supporting point in Galliker network.

The loading of the containers or the shift of wagons can be done directly in the terminal owned by the company thanks to a grab crane. Since its acquisition the number of placed wagons has increased steadily.

In 2012 the first of four solar plants were installed in the seat in Staad. The photovoltaic plants produce energy for ca. 150 households (530‘000 kWh) and it is part of a long-lasting green strategy. 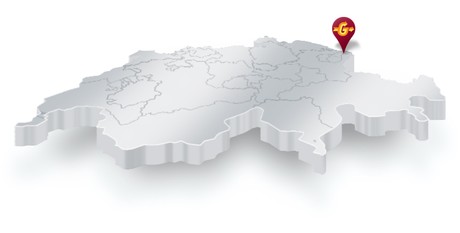